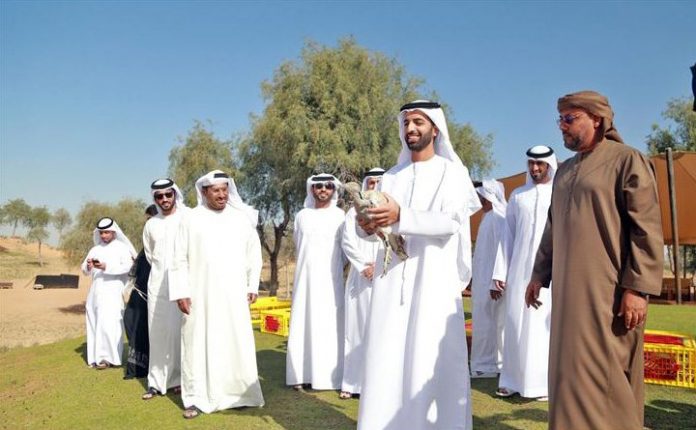 The federal government of Pakistan has issued at least 12 special permits to the members of royal families of Gulf states to hunt the internationally protected migratory bird, houbara bustard, in Balochistan during the 2018-19 season, reported Pakistan’s leading daily Dawn News.

According to highly placed sources, the special permits have been issued to an Emir and his father, a president, rulers and crown princes, a governor and other members of the royal families of Saudi Arabia, the United Arab Emirates (UA E), Qatar and Bahrain, added daily Dawn.

A member of the Supreme Council of the royal family of Qatar Sheikh Ali bin Abdullah Thani Al-Thani has been allotted Kech district less Hoshap.

The sources said the Pakistan Tehreeki-Insaf government has issued the special hunting permits though Prime Minister Imran Khan used to criticise the previous governments for issuing such permits when he was in the opposition.

The PTI had never allowed the Arab rulers to hunt the highly rare bird in Khyber Pakhtunkhwa where it was in power.

They said Adviser to the PM on Climate Change Malik Amin Aslam, who is also the South East Asia vice president of the International Union for Conservation of Nature (IUCN), looked the other way when these permits were being issued to the hunters having petro-dollar stuffed pockets. The IUCN is one of the largest NGOs working globally for nature conservation.

The sources said by issuing special permits to Arab hunters, who considered the houbara bustard to be an aphrodisiac, the government had violated various international nature conservation conventions as well as local wildlife protection laws.

Pakistanis are not allowed to hunt this migratory bird.

The sources said by issuing these permits the government had also put the Generalised Scheme of Preferences (GSP-Plus) status given to it by the European Union under threat because as a beneficiary of the GSP Plus, Pakistan has to follow numerous international agreements, particularly those concerning the nature conservation. They said that the EU periodically checked if the country concerned was following its international commitments or not, reported the daily.