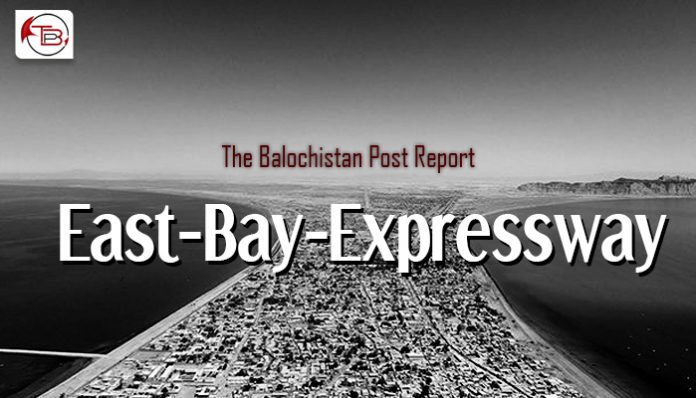 Gwadar issue has remained a sensitive issue for the Balochs since the beginning of the century, and the claim of building Gwadar ‘the new Dubai’ of the region has angered Baloch nationalists, who put forward their concerns combined in this one sentence “Gwadar might become Dubai, but we do not see Balochs, Balochistanis and Gwadar natives living in that Dubai”.

Recently, Fishermen of Gwadar ended their long-running protests in front of Press club and Deputy commissioner’s office, diluting their already unheard voices when discussions were underway in the lavish offices of Islamabad about the new partner, Saudi Arabia. The celebrations of ‘New Pakistanis’, rejoicing over the credit of bringing Saudi into this arrangement, proved that Gwadar might become the Dubai but without Baloch in it.

In Gwadar, fishermen were protesting to save their only remaining source of livelihood ‘Demi Zar’, the Eastern Bay, Western Bay had already been refrained for docking due to Marine drive project and fishermen are afraid that East-Bay-Expressway project will snatch the remaining dockyard from them.

Eastern bay is used by fishermen for docking and fishing, that is where the new project of East Bay Expressway is underway, which is a 140 million dollar project. The project aims to connect Gwadar with the coastal highway. Despite protests and concerns, work on the project is underway, and dredgers are busy in clearing the sand from Custom office to Dhorea areas. Authorities have also asked fishermen to remove their boats from the Bay as the work gets its momentum.

The Balochistan Post (TBP) contacted fishermen leaders to find out what are their concerns and how important is the East-Bay for them.

“We just do not want to be separated from the sea, it not just provides us with the livelihood but it gives us life like it gives life to the fish inside it. Our demands are to build a ‘Water breaker’ sizing 800×1500 meters on East Bay and an Auction Hall sizing 40×80 feet”, said a fishermen leader

“In case, East Bay Expressway is built, we want three ways for us to transport our goods, one each in Dhorea, Guzrwan and Baloch ward, all sizing 200 feet”, he added.

Fishermen voices might have failed to soften the hearts of the hot heads in Balochistan government, but it had reached to the nationalists who do not trust the government.

Dr Allah Nazar Baloch, leader of one of the most active armed groups in Balochistan, Balochistan Liberation Front, had released a statement regarding the issue and said that they will resist the East Bay Expressway project with their full might.

“Pakistan is trying to colonise Baloch coasts with the help of China. Fishermen in Gwadar are being forced to give up their only source of income, the coast, and the doors to the sea have been closed to them” Said Dr Nazar.

Another Baloch leader, Khalil Baloch, Leader of Baloch National Movement(BNM), termed the project ‘Devastating’ and said that this project will only force the fishermen to die of hunger but also ruin the historic ‘Mehdi’ mountain.

During a protest in Gwadar, a fisherman told TBP that they were living in Gwadar when it had only a few hundred residents, the sea gave them the food and the shores gave them the entertainment, they were happy. But now their Gwadar is being snatched from them and they will resist against it at any cost.

World Baloch Women Forum’s chairperson, Naila Qadri, released a video message regarding the issue and said that Baloch must support the movement that fishermen have started, China has Gwadar in its grip, if China controlled the Gwadar then controlling whole Balochistan is not something out its reach.

A prominent student organisation, Baloch Students Organisation – Azad, has also released a statement about the expressway and said that the CPEC projects are all based on the exploitation of Baloch, as the Baloch population is being forcibly shifted away from the areas, wherever these projects are set up.

Baloch nationalist had always resisted mega projects in Balochistan as they accuse that Baloch do not have any say in these projects and most of the projects are based on the exploitation of Baloch and their land.

They also accuse that Balochs are being turned into a minority on their own land. For that, CPEC projects and Chinese engineers are often attacked by Baloch armed groups, including suicide bombings.

It is hard to predict what shape the fishermen movement will take if they are deprived of the sea, but it surely would not look pleasant.