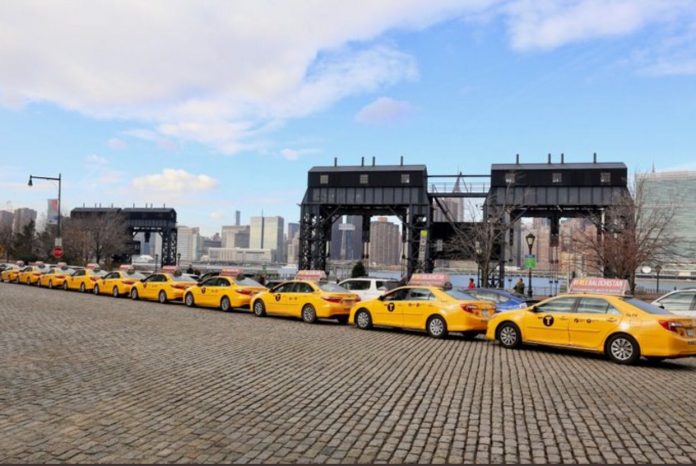 The New York campaign has kicked-off with more than 100 taxis carrying adverts with the slogan: “#Free Balochistan from human rights abuses by Pakistan”.

“Balochistan was annexed by Pakistan against the people’s will in 1948 and has been under military occupation ever since, with mass kidnappings, torture and executions by the Pakistan army. Pakistan wants to keep this hidden. We are doing this campaign to expose these abuses,” said Bhawal Mengal, spokesperson for the World Baloch Organisation (WBO), which has organised the advertisements.

“Thousands of Baloch people have been murdered or disappeared by Pakistani security forces. The killings are happening right now, the American weapons that were given to Pakistan to use against the Taliban are being diverted and misused to attack the secular Baloch people, including F-16 fighter jets and Cobra attack helicopters.

“The campaign’s goal is to raise awareness among the American public about the ethnic persecution and gross human rights violations in Pakistan-occupied Balochistan and support the Baloch people’s quest for peace and freedom. We want the US to cut off all military aid to Pakistan and hold it accountable for its crimes in Balochistan,” he said.

In London, the campaign received positive feedback from the public, including from the Baloch diaspora in the United Kingdom. Despite repeated attempts by the Pakistani government to shut down the #FreeBalochistan advertising campaign in London, the UK’s Advertising Standards Authority (ASA) ruled against Pakistan’s bid to censor the adverts; acknowledging their legitimate, humanitarian and peaceful character.

“Balochistan comprises half the land mass of the current borders of Pakistan. It has fabulous oil, gas and mineral wealth which is being exploited by Pakistan, while the Baloch people live in abject poverty. To keep control, the government in Islamabad is resorting to terror tactics and is giving free rein to religious extremists operate in the region. It is using them as a proxy third force against the nationalist movement, which has a long tradition of democracy and secularism,” added Bhawal Mengal.

“Pakistan’s iron-fisted rule in Balochistan is so brutal that it will not allow journalists, human rights monitors and aid agencies to enter the region. These adverts are much needed to defend the human rights of the Baloch people and to expose the atrocities of the Pakistani military and intelligence agencies.

“We want to alert  US public, media and politicians to Pakistan’s secret, dirty war in Balochistan. This war of terror involves the indiscriminate aerial bombardment of Baloch villages, and the kidnapping, torture and assassination by the Pakistan army and intelligence agencies of anyone who peacefully opposes the military occupation and human rights abuses by Islamabad.

“Balochistan was previously a British protectorate that was granted independence in 1947. It was forcefully annexed by Pakistan in 1948 and has been militarily occupied ever since. The people of Balochistan have been denied the right to self-determination, contrary to the UN Charter.